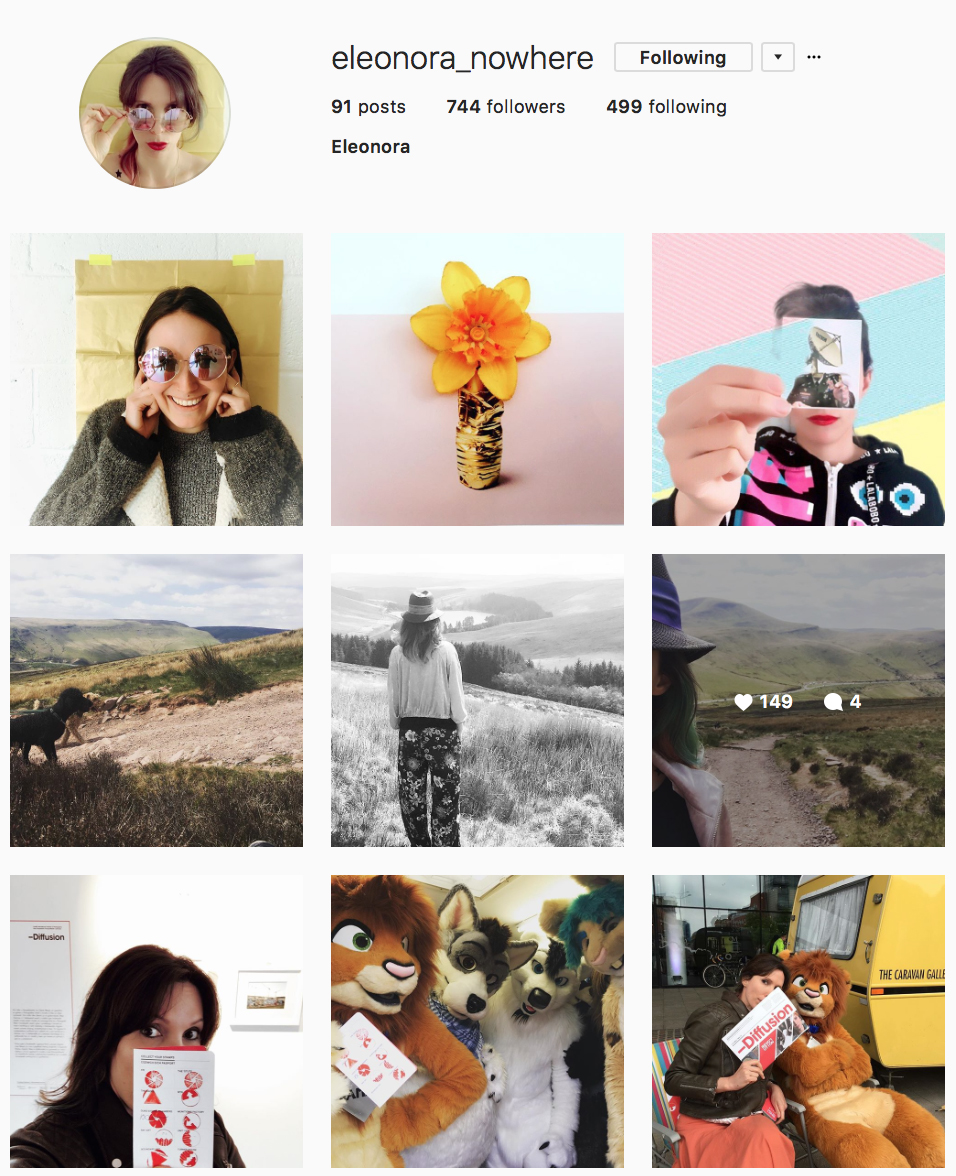 @eleonara_nowhere is an on and offline performance created specially for an artist residency at Diffusion Festival 2017 as part of the festival.

As in the case of ‘Born Nowhere’, @eleonora_nowhere is informed by a dialogue with Facebook users, and the resulting performance is conducted through the social media platform, Instagram.

The idea was to create a character based on a “typical” Welsh woman. I started my research online and found that results predominantly featured a young woman dressed and styled conservatively, with long hair, natural makeup and plain clothing. My own personal observations of a “typical” Welsh woman, on the other hand, produced remarkably different results. While visiting Cardiff, I was struck by the vibrancy of self-expression of the young Welsh women I encountered, completely at odds with what I had found online. I was bowled over by the international nature of Cardiff, a multicultural urban environment. In the end, I discarded online results and the image I created was based only on my own local research.

I shared her image on Facebook, along with the question of who users thought she might be, and received the enthusiastic response that she was someone sweet and shy but also very strong with a mind of her own, daring and free spirited. She had, they wrote, always wanted to become a famous singer and thus prove to her family that she could achieve her ambition, despite all their criticism. Eleonora was her real name. Heulwen, meaning sunshine in Welsh, and Madam Me Mamnn were the two pseudonyms she went by as an artist.

With this information, Eleonora was created. I lived as Eleonora at the Diffusion Festival, posting regularly on Instagram under the username ‘@eleonora_nowhere’. Every previous comment posted on her image on Facebook informed Eleonora’s next move. Each post was part of the performance itself, and the Instagram account now serves as the archival documentation of this performance.